Welcome to Lost In Film!

Lost In Film has been showing the best in recent cinema for over 10 years through regular Monday night screenings at the Church Rooms in Lostwithiel and special events.

Never been to a screening before? Find out about Lost In Film and how it works

We are pleased to show this Saturday Special film of Rocketman...   A British musical drama based on the life and career of singer, songwriter and musician Elton John...

The Peanut Butter Falcon (12A)

Our March Screen 2 film will be The Peanut Butter Falcon...   A feelgood adventure drama about a man with Downs syndrome who runs away from a residential home to pursue his dream of pro wrestling...

OurMarch main film will be Red Joan...   Judi Dench stars in this British drama about an elderly woman recalling her past as a Russian spy. In a picturesque village in England, Joan Stanley (Judi Dench), lives in contented retirement...

Enter your email address below to sign up to our newsletter, letting you know what we're showing and when.

Meal Deal at the Royal Oak

2 meals for £15 at the Royal Oak on bookings from 6pm on film nights. Collect your tickets from the Royal Oak, do not buy them from Watts or online. Ring 01208 872552 to book your table and tickets. Booking is essential. More details on the Meal Deal here 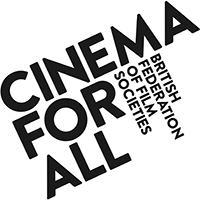