Tickets £6 available from Watts Trading, Fore Street, Lostwithiel or on the door if not sold out.

The Big Sleep is the story of private investigator Philip Marlowe, who is hired by a wealthy general to find out and stop his youngest daughter Carmen from being blackmailed about her gambling debts. Almost immediately, Marlowe finds himself deep within a web of love triangles, blackmail, murder, gambling, and organized crime. With the help of the General's eldest daughter Vivian, Marlowe skilfully plots to free the family from this web and trap Eddie, the main man behind much of this mischief, to meet his end at the hands of his own henchmen.

On a vacation in France from his nondescript job and life, John Barratt encounters a titled but impoverished French nobleman who looks exactly like him. The nobleman gets John drunk, and switches places with him to take a breather from his failing business and too-complicated life. John tries to convince everyone he is not who they think he is, but he begins to get more and more involved with the count's family, including an unhappy wife, domineering mother, lonely but talented young daughter, bitter spinster sister and the expected mistress. As John gets to know them he feels he can help them with their problems, but is also becoming used to his borrowed life, which has given him a purpose for the first time. 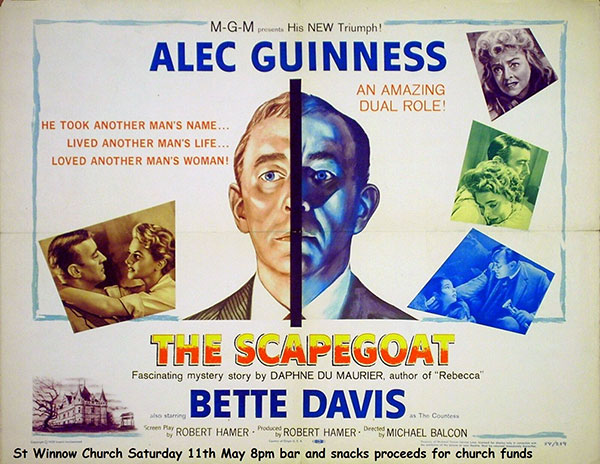