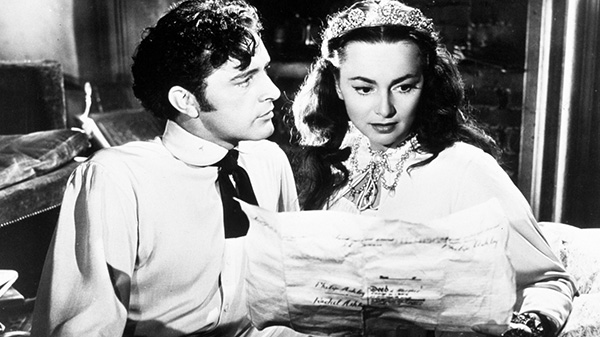 An opportunity see the 1952 film of the classic Du Maurier book, My Cousin Rachel, in the beautiful, riverside location of St Winnow church.

When Philip Ashley's cousin Ambrose dies, he is convinced that Ambrose was murdered by his new wife Rachel to inherit his wealth. But when he meets Rachel and falls in love with her, his plans for revenge are shaken. Were his suspicions correct and will she murder him next? Starring Richard Burton and Olivia De Havilland.

Come in costume and bring a picnic, bar available.

Tickets £5 from Watts Trading, Fore Street, Lostwithiel or on the door.