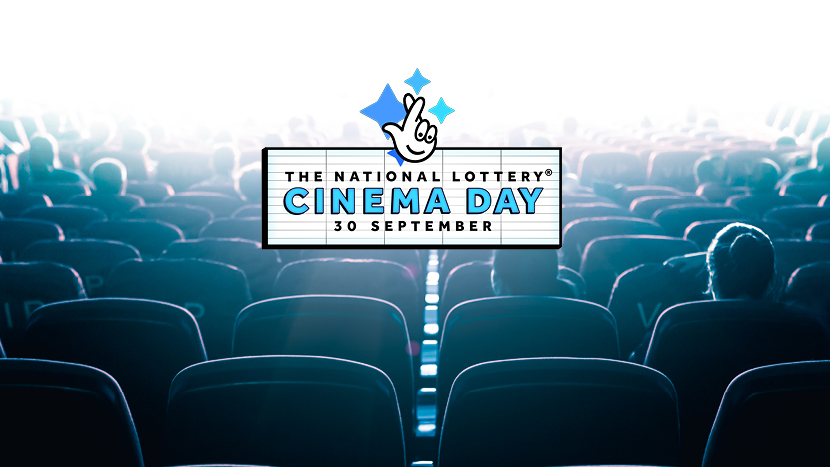 Lost In Film has been selected to take part in the National Lottery Cinema Day.

Did you know every time you play the National Lottery you’re supporting British film as well as community projects in your local area?

National Lottery players have helped fund thousands of projects across the British film industry. Since 1994 they have supported and nurtured new talent through nationwide training and development schemes, as well as engaging the next generation through educational initiatives in local schools and at BFI Academies. Their support has also helped British filmmakers to create extraordinary films such as The King’s Speech, Suffragette, Viceroy’s House and Pride and work with the BFI to engage new audiences through the BFI Film Audience Network and the BFI Audience Fund.

* Tickets are only available on the door on a first come, first served basis. FREE for under 16s and for adults with a Lotto ticket bought for draws between 26th and 29th September. Adults without a Lotto ticket can buy a film ticket for £4. Children must be accompanied by an adult. Limit of 2 children per adult.

Local charity Castle Dore Rowing Club will be offering a range of delicious snacks and refreshments throughout the day to fundraise for vital equipment.

Aardman animation about cavemen who unite to defeat a mighty enemy, the Bronze Age, through football.

Marvel superhero movie about T'Challa, heir to the hidden but advanced kingdom of Wakanda in Africa.

Sing-a-long: Hugh Jackman plays a visionary who rose from nothing to create a spectacular worldwide sensation in this bold and original musical.

Dark comedy-drama with an all-star cast. Janet's party to celebrate her political promotion starts to unravel after a series of revelations.